One of the funniest memes I’ve seen over the past few months as I’ve scrolled through Facebook depicts a woman dramatically wailing into her hands and asking the question, “Why do they want dinner every single night?!”  Several months ago, I laughed to myself when I first read this sarcastic assessment of the stress of meal planning and preparing.  Now, I read it with a different perspective and appreciation.  What a privilege it is to expect a meal every night (and 2 others during the day.)  And how unfair that there are children – 200,000 just in Arkansas – who don’t have this expectation because they don’t know from where their next meal will be coming.

In June, I was challenged along with some coworkers to participate in what’s called the SNAP (Supplemental Nutrition Assistance Program) challenge for one week some time during the month of September as part of Hunger Awareness Month.  The idea is to live on what someone who received SNAP assistance (formerly known as the Food Stamp program) would live on each day – $5.00.  So, if your family participates in the challenge together you have $5 per person per day to spend for one week.  This meant we had a total of $75 to spend on groceries without using anything already in our house besides spices and condiments.  Find out more about the SNAP Challenge.

I will be honest that I dreaded and procrastinated preparing the meal plan and grocery list until I absolutely had to get it together before the trip to the grocery store.  To have to be so intentional and careful is time consuming and mentally exhausting.  While I thought I stressed about keeping our grocery bill down each month, I realized very quickly that I really have it quite easy still when it comes to shopping.  I meal plan, but get to choose menu items based on what I’m craving or what looks like a fun recipe to try.  I rarely stress about what kind of meat it calls for or if it calls for more expensive items like fresh produce.  I simply write down the items I need and go get them, hoping I stay in a range for the grand total but not having to put items back if I’m over.  I think this is what I was scared of the most…what if I didn’t estimate well enough and I had to put something back?  My heartrate went up and I felt my cheeks get red at just the thought – the thought – that someone may see me have to put something back because I was over my set total.  Man, talk about a punch to the gut. I’ve never realized the pride that’s wrapped into simple actions such as checking out in the grocery store line until this week.

My husband and I made a plan.  We’re used to have 2 large meals made at the beginning of the week and then alternating those back and forth for dinners.  Sometimes we take them as lunches too, but several days each week are spent eating out for lunch due to convenience or just wanting a particular dish from a particular place at a particular time…again, what a privilege.  We decided on Taco Soup, Tomato Soup with Grilled Cheese sandwiches and Breakfast for Dinner.  I supplemented with applesauce, lima beans, bananas and cantaloupe as the vegetables and fruits for our week because these are the four current favorites of our son. To save money, we decided to use ground turkey instead of beef in the Taco Soup (saving $2.00) – also healthier!  For the Breakfast meal we used Turkey bacon which is anywhere from $5.00-$8.00 cheaper than pork bacon.  This was not a change for us, however, because we actually prefer turkey bacon.  I also chose non-organic milk instead of organic which I’ve been buying since my son starting drinking milk, saving $3.06.  I also purchased the cheapest eggs available instead of the brown cage free that I regularly purchase which saved $0.99.  When I got to the bread aisle I noticed that a different brand of bread than my regular one was on sale for $0.53 less so I purchased a loaf of it instead.  My total came out to $58.36!  I was so surprised at how frugal I was apparently capable of being.  I did go back and account for the 5 k-cups my husband will use this week (one per day) and the 3 that I would probably use since I don’t drink coffee every day.  They average about $0.75 each so that brings the total to $64.36.  Buying store brand items, not buying anything not involved in the main meals of the week  (i.e. dessert, sodas, etc.), using coupons, substituting cheaper proteins or other items, and finding meals that make plenty of left overs are some great tips to make your money stretch as far as possible.

Here are the recipes I used:

1 packet or 3 tbsp of taco seasoning

1 packet or 3 tbsp of ranch dressing

Cook the meat, adding the taco seasoning to it at the end.  Mix meat and all canned items together (without draining).  Stir in ranch seasoning.  Simmer on low to taste.  Serve with tortilla chips, sour cream and shredded cheese. (This is an easy soup to make the night before and then put in the crockpot to simmer all day.)

Combine tomatoes, garlic and broth and bring to a boil for 10 minutes.  Reduce the heat to low and stir in sugar and butter.  Mix until they are dissolved, melte

d and well combined. Very slowly pour in heavy cream while continuously stirring until all cream is combined and soup is creamy.  Stir in basil.  Good served with croutons, grilled cheese, or just a little parmesan cheese on top.

One pot of soup makes 5 meals for 2 people.  I freeze them by batch so they can be thawed quickly.

This challenge has definitely taught me a few things not only about Hunger Awareness in general but also about my attitude towards food and the role in plays in daily life.  Here are a few of the observations I’ve made so far, but I’m sure more are to come as I continue on the journey this week.

First, as I stated above, I have been struck by the amount of pride I feel when it comes to the ability to buy what I want, when I want it.  Having to be so careful with the threat of having a debit card not go through or not enough cash on a weekly or monthly basis would wear on my mental and emotional state in ways I’m not fully prepared to admit to myself.  I can’t begin to imagine the stress it causes for those who live this routine regularly.

Second, I had to make the conscience decision to not buy what I normally would for my family…this was most evident when it came to organic food and fresh produce.  I did pain-staking research when I became a parent to make myself feel most comfortable with what food to purchase and provide for my child.  Now, by no means do we eat all organic or not eat processed foods, but I had decided early on to make the switch to organic milk and eggs because I felt they were small changes in items that we consumed very regularly.  Having to decide not to provide that this week was another punch to my gut.  Cue the mom guilt.  I’ve been thinking about those parents who have to decide how to provide food in general, not the healthiest kind of it, for their children.  Bless their hearts.  Truly, bless their hearts.

Third, my husband and I have found that we both have jobs which provide opportunities to provide meals for us occasionally.  I tend to think that this is generally not the same situation for those who are working and having to use the SNAP program.  Just this week alone I will have 2 lunches provided – one because I was at a retreat for work and the other because I will be at a meeting over lunch.  My husband will have at least one lunch provided this week for similar reasons.  It’s quite convenient but this week has me wondering if we’re the ones who are in true need of free meal here and there as part of the hard work we put in at the workplace.

Fourth, there is no room for luxury or extras.  I did not have ice cream in the budget this week and therefore will not indulge is my 110 calorie cup as an afternoon snack.   I went to pour myself a glass of wine last night and was reminded by my husband that the bottle was not purchased this week with our budget money and was therefore off limits.  Seriously?!  The feeling of restriction quickly angered me.  But just a quickly the anger subsided.  Then, I wondered what real items are being sacrificed by families in order to just make it through to the next pay check?  While dessert and wine are very real to my middle class life and standards…I know much more is being missed out on, causing anger, sadness and resentment in families across our state and our country simply because they’ve had to say “no” yet again.

I’m so glad to have participated in this SNAP challenge.  I’ve done poverty simulations before as part of retreats and trainings.  But never before have I had to live in the situation.  The meals planned are not the focus here, as I assumed before I really got started.  Instead, the emotions, the inability, and the opportunities not available have shown themselves to me in ways I would never have realized by just reading about hunger or poverty situations.  It doesn’t stop with being aware.  I must find the best way to be in action.  I must do more to care for my neighbors as God calls me to do. My prayer is to continue to feel this “punched in the gut feeling” until the 200,000 children who are hungry in Arkansas can go to bed without their own “guts” growling.

Find out more about 200K Reasons by following the Initiative on Facebook. 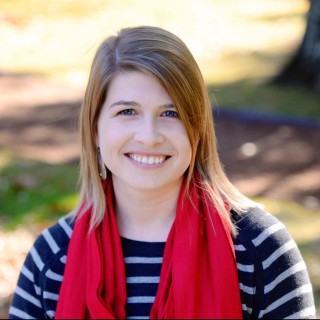 Managing the madness of home, work, and everything in between.